I am a father as well as a world traveling, dog loving, scuba diving, book collecting, writer - currently residing somewhere in Eastern Europe. His words have been spoken by Capt. Jean-Luc Picard and Robin Hood, been read by David Copperfield, and criticized by his 7th grade English teacher. He'd like to thank the members of the Academy, although he doesn't know why. In his spare time, he's a university professor and a kick-ass uncle.

Where Did You Go on Vacations As a Child?

This week’s question is another one involving travel/vacations. That’s okay, I like traveling and vacations. This one, though, is about vacations as a child which, by default, implies they were family vacations. At least in my case since the folks are still married, to each other, so there’s no inter-family drama involving who gets to claim Disneyland. END_OF_DOCUMENT_TOKEN_TO_BE_REPLACED

Monki with a Tool Belt

We’ve been talking about getting Monki a new bed for a while now. She’s four and a half, sure, but she fits just fine into 122/128 (that’s 7/8 for you Americans) and she tends to thrash a bit when she sleeps. What this means is that the bed she’s had for the last couple of years is actually getting a bit too small. Now, a couple of things have been interrupting this conversation. One, beds are expensive as hell (and there’s a whole host of subcategories that go along with that) and two, we weren’t sure how a new bed was going to fit into her room. END_OF_DOCUMENT_TOKEN_TO_BE_REPLACED

This week’s question gets out of the realm of personal stories and moves into ancestry and personal history: What were your grandparents like? Well, when I was born, I had three of my four grandparents still around, as well as quite a few of my eight great-grandparents. And it wasn’t long before my paternal grandmother remarried the man who I would grow-up knowing as “grandpa” and my maternal grandmother would pass from cancer. END_OF_DOCUMENT_TOKEN_TO_BE_REPLACED

How did you get your first job?

Again, not sure how best to answer this. As I answered last time about bosses, I was working from a young age doing performance stuff in theatre, on TV and even as a model on trade show runways. Heck, the first dollar I ever made (the folks still have it in a frame on their wall) was when I was young and doing the “robot” at a restaurant while the family was eating. Someone stuffed that buck into my pocket when I wasn’t looking. I also delivered newspapers and worked in the school cafeteria (this was important since I needed a job to pay for my own phone line and while it was only an hour a day and minimum wage, when you had few other expenses, it did the job). I’ve had a lot of jobs, but ultimately, I think this is about the memories and the effect getting the job had on me*. So instead of “first” job, maybe I’ll just talk about some other jobs I’ve gotten and how I got them. END_OF_DOCUMENT_TOKEN_TO_BE_REPLACED

What a long strange year it’s been… 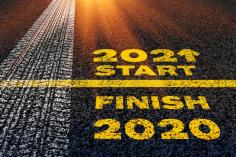 I mean, heck, it started off swell!

We saw in the New Year watching fireworks from the balcony and anticipating what 2020 was going to bring. We made our usual lists of things we wanted to accomplish in the coming year, read our jar full of accomplishments, kissed at midnight, and met the new dawn full of hope and brightness. 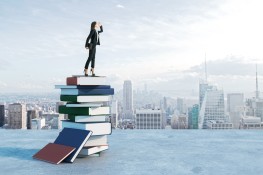 Again I have a problem with the question…It seems this will be my lot with this particular endeavor, having to define the question for myself in order to give an answer which seems worthy of the time to write (or read). For example, this question is “What Was Your First Boss Like?” To be honest, I’m not sure. I’d have to think of my first job and again, not sure I can do that.

END_OF_DOCUMENT_TOKEN_TO_BE_REPLACED

Okay, look. I admit it. I’ve got a problem. Sure, in the grand scheme of things, it’s not a huge problem, but they say admitting it is the first step towards doing something about it. What’s my problem, you ask? Well, I’m not exactly sure how it happened, but I’ve become enamored of small print and play games, the kind you print out and assemble yourself, which is weird because I don’t even really play games, although I’d like to start playing more.

What was your first big trip? 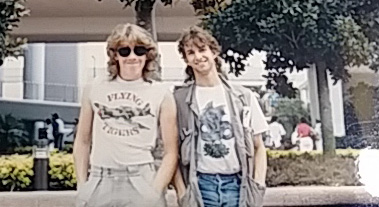 Here it is, my first question from StoryWorth and already off to a rocky start. I read the question and immediately started pondering what was meant by “big trip?” How far back did I go? Was it in reference to an important trip or one of a huge duration? Naturally, it was Rasa who solved the dilemma. END_OF_DOCUMENT_TOKEN_TO_BE_REPLACED

I just got a fascinating holiday gift from my great friend and (sometimes) writing partner Troy and his wife Katie. It’s from a company called StoryWorth and the basic premise is pretty simple – at regular intervals (anywhere from once a day to once a month) they email you a question. You then answer it in as much or as little detail as you wish and email it back to them.