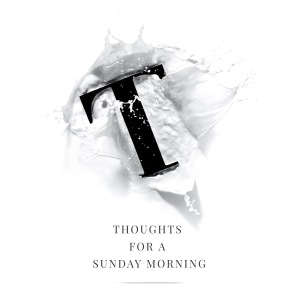 This week I went and saw Avengers: Age of Ultron again and with a second viewing comes a second understanding of things. When you know how things play out ahead of time it’s easier to take in some of the subtler points. Additionally, I’ve been reading a lot about the various reactions to the film, the good and bad and everything in between (including the film’s writer/director quitting Twitter – which had nothing to do with reactions to the film but is going to go to my larger point). Now here’s what I’m thinking (and warning, there will be spoilers ahead):

The biggest deal being made in the film surrounds the Black Widow storyline and her reveal of the fact she was involuntarily sterilized during her “graduation” from the Red Room training which turned her into an assassin. The reason, given by the character herself, is that this procedure removes the one thing which may hinder her job performance later on. She follows this up with a plaintive appeal to Bruce Banner (The Hulk), which whom she is trying to have a romantic relationship, saying “You thought you were the only monster in the group.”

Much has been made of this line. And I’m not saying anyone is in the wrong here (and I particularly agree with Alyssa Rosenberg‘s piece in the Washington Post), but at the same time, when you go looking for something, the odds of finding it are greatly increased. In this week’s Pop Culture Happy Hour, host Linda Holmes made the interesting statement that if you were to swap out Widow’s storyline with ANY of the male heroes, it would be incredibly to be offended. Each of the male heroes exhibits behavior which, if performed by a female, we would be up in arms with chants of sexism. The problem, as Holmes points out and I agree with, is that there aren’t enough women in the film to make Widow’s actions mere character bits as opposed to representative of an entire gender. Scarlet Witch/Wanda Maximov (Elizabeth Olsen) has, literally, maybe a dozen lines in the entire film.

As for the “monster” line, after a second viewing it seems to me it is thematically in the same place as the “who is worthy enough to lift Thor’s hammer” game. But monster is one Widow has to play (ironic, since in the comics, she has wielded the hammer). At various times in the film, almost all the heroes refer to themselves as “monsters” so Widow doing so is in line with the greater themes Whedon is playing with. It appears to me he’s walking the fine line between hero and villain and it can be easy for someone to cross over in search of doing the right thing. With Widow, she’s a trained assassin who has broken that brain washing to become a “good” person. The graduation sterilization she reveals is part of who she is (a big part) but I think there’s more to her self identifying as a “monster” than just that. There’s everything she’s gone through and everything  taken from her, some of which she can recover and some she can’t.

There ya go, just some thoughts for a Sunday morning.