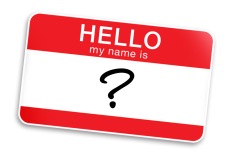 So, we’re having a baby, right?

We’re in week 20, half way along, and it’s pretty spectacular. Rasa is showing, has been for a few weeks now, and the baby is kicking its little heart out. We figure Speck is going to be either a ninja, kung fu master or drummer at this rate. We also expect it to come out with perfect muscle tone and prepared to run a 100 meter dash.

Oh yeah, we also know the sex, but we’re not telling. We’re also not telling any of the names we’re thinking about. Thinking about being the operative word here. A few weeks back, we were at the doctor’s office and I was sitting quietly on the examination bed, trying to parse as much as possible from the Lithuanian discussion happening a few feet to my left. Wasn’t having much luck, actually. Soon enough, though, Rasa got up and came over to the bed and I had to move so she could lie down and have an ultrasound. I joked that sure, it didn’t matter, my part in the whole creation process was over now and I was just hanging out.

Physically, this is true. Until the kid comes bouncing out (wearing a black hood and sporting nunchucks) my job was done, right? Not exactly. There’s still this whole process of deciding a name for the little one.

Now, when we were just talking about having a sprog, we mentioned some names. To be fair, I mentioned names, but Rasa agreed with me. These were names I pulled from literary texts and songs and TV shows or movies I liked. They were all strong, cool characters and I felt good about my choices. After lots of laughter (Ripley Greenspon, amirite?) we even settled on one or two.

At least I thought we had.

Now, all of a sudden, it’s a real thing. When I was a kid, I remember a comic strip with a group of kids and one had a new wagon or sled and was lording it over the others. “You can’t ride my sled for a million dollars,” he said. “Not even a billion dollars!” And then one enterprising friend said “How about a dime?” “okay!” This stuck with me. This is how I operate in general, allowing reality to break in to fantasy because when things get real, it’s amazing how much can change. In business you can be as magnanimous as possible when there’s no money involved but as soon as someone starts seeing income, things change. I had a deal once with someone, all worked out, that we’d split profits (after expenses) 50/50. But as soon as the reality of the money set in, the other party changed the deal and offered me a 70/30 split. The project never went anywhere.

This is what happened here. We got pregnant and the discussion, at some point, turned to names, and I said “Well, we already have a name picked out, right?”

“Weeeellllll……,” came the response. Seemed we weren’t in as much agreeance (yes, I know that’s not a real word) as I thought we were. And as soon as the subject was reopened, a whole bunch of other things happened. I actually started thinking about names and what they mean.

When I lecture in creative writing, we spend a whole class day on naming characters and the importance thereof. But in fiction, it doesn’t really matter, does it? A real person doesn’t have to live with being christened Oswald Cobblepot or Stormageddon, right? I mean we as parents are tasked with saddling this kid a moniker for life (or at least a good portion of it – I know a number of people 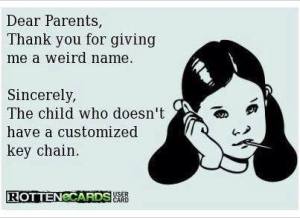 who adopted nicknames from early teenage years) and that can affect them. You don’t want them to end up on lists, either of the most common or the strangest. It’s a huge responsibility!

Then came the next speed bump. I’m American and Rasa is Lithuanian (duh, I know, right?) but where this comes into play is that with boy’s names, her family, who speak mostly Lithuanian, will automatically translate the name. Generally, this means adding an “-as” to the end. My name, for instance, is “Jaqas” (feel free to make all the jokes you want, I’ve heard ’em already). So when picking boy’s names, this has to be taken into consideration. And with girl’s names, they need to end in “-a” or “ė” because if they don’t, “they don’t sound like names to me,” explains the child’s future mother.

So immediately, the couple of names we had picked out are no goes. Next, we start thinking of honorifics. In Jewish custom, as I am led to believe, you don’t name after the living (at least in their hebrew names) but to honor someone, you can use their name or initial in your own child’s name. There are a few people Rasa and I thought it might be nice to honor in this way and so our name choices are thus further limited.

At least for first names. Since Lithuania doesn’t have a tradition of middle names, I’ve got a deal with Rasa that middle names can be the slightly left of center sobriquet we were initially discussing. So now we have a couple of names which fit the parameters but still, I’m rolling them around in my head, trying them out on my tongue and seeing how they fit. We’re still not calling the kid by any name other than Speck so really, it’s all in my head.

We still have a few months yet, so by the time there’s a wee one to show off, we’ll hopefully be all set, but still, it’s a process. One I never thought I’d be going through and even if I did, one I never thought would be so difficult.