There’s this weird thing about senses – even though we get most of our information through our eyes, scent and sound are much better for memory recall. And so, this week’s question, about a song that brings back an interesting memory from youth, is a strange hybrid for me. I mean, sure, I’ll answer the question (as well as I usually do with these) but at the same time, I probably won’t answer it very well, because my memories, the ones I will share, are conscious memories. If I were to be completely honest here, I’d just listen to a bunch of music I remember hearing from youth and then let the visceral memories wash over me and report back what I feel.

Somehow, though, I don’t think that will happen.

Then again, maybe I’m just reading too much into the question and surface reminiscences will be just fine. Don’t know.

My earliest memories of songs, though, are probably show tunes. Aside from having vague memories of being 4 or 5 and regaling anyone within earshot of my admittedly brilliant rendition of “Raindrops Keep Falling on My Head,*” I was always about show tunes. I can remember pulling records out of their sleeves and putting them on the turntable all by myself. And the records I would put on (aside from a 45 of a read-along Captain America comic) were usually original cast albums. I had West Side Story (the Broadway cast) and Oliver (Broadway cast, led by Clive Revill as Fagin) completely memorized. 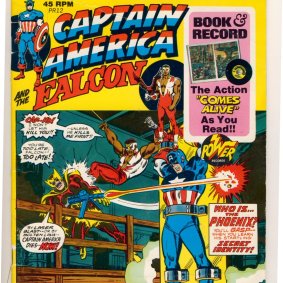 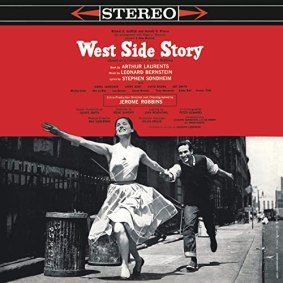 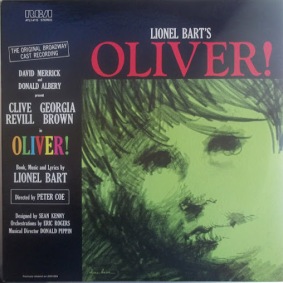 This was probably later in childhood though. My memories of doing this have a specific place setting which would put me at 9 or 10. At the same time, since we didn’t have such things as personal stereos or Walkmans, the idea of listening to music in the car on road trips was dictated by the age-old axiom of “driver picks the song” and with my folks, that usually meant 50s and/or folk.

The cassette soundtrack to American Graffiti was in constant rotation as we rode the highways and byways. As were The Kingston Trio, Jim Croce, and Harry Chapin. All of whom also mean a great deal to me.

Here’s the thing with me and songs, though. While I love music, I am almost completely tone deaf. There was a moment a few years back when my friend Tiina was visiting, and we went over to Monika’s place to hang out. There was a piano in the room and Tiina was studying to be a music teacher, so she could play. She sat down at the keys and started coming up with something and almost immediately, both she and Monika winced. I didn’t flinch. Evidently, the thing was so badly out of tune as to be painful to the ears. I didn’t hear a thing**.

I can hear melody and beat, but really, for me, songs and music are more about lyrics and feeling. So, when we start talking about things like folk music, story songs, where the lyrics are all important and they’re not anything close to good for dancing, I’m all in. I had 45s of Chapin’s “Taxi,” “W-O-L-D,” and “Cat’s in the Cradle” alongside Croce’s Life and Times with songs like “Bad, Bad Leroy Brown” or “Speedball Tucker” were mainstays of singing to the mirror. And the Kingston Trio or Peter, Paul and Mary were all part of family sing-a-longs***.

When I was 9, I wanted to take part in the school talent show, so I did a mime act to a novelty hit from the 50s called “Beep Beep” from a Ronco album the folks had picked up somewhere along the way called Funky Favorites. I wish I had a copy of any existing video of this, if only video existed then like it does now. What I do have, though, is the fact that Monki likes the song and has made up her own dance for it. 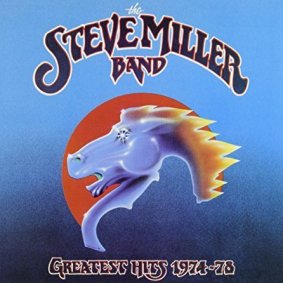 While I did start listening to my own music when I was 11 or 12, I remember buying copies of Billy Joel’s Glass Houses and The Steve Miller Band’s Greatest Hits ’74-’78 to play on the turntable (and to record onto cassette by holding the cassette recorder as close to the speaker as I could get it, which is how we made mix-tapes back in the day). I also remember listening to Don McLean’s album American Pie (which is a great overall album even with the ubiquity of that title track) over and over, writing down the lyrics to that 8-minute anthem so I could learn them by heart.

With all this though, I don’t think I really started getting into music until December 8, 1980. Sure, I’d heard The Beatles before (who hadn’t?) but it was with the death of John Lennon that I really started listening.

Once that dam broke, though, music started to mean much more to me. This was when I started going down the rabbit hole of deeper cuts, away from the radio hits and listening to whole albums. This was also when I first heard David Bowie sing “Space Oddity” on some TV show and started to gather his discography (at the time).

Honestly, that’s probably where “youth” ends for this particular line of thinking. There’s no one song which brings back a memory of youth, but a bunch of different songs which, when put together, create a nice mosaic of where I was and how that formed a bit of who I became. I still love most of the music I listened to when I was younger, even enduring good-natured ribbing from more musically educated friends for it, but all of these songs bring back interesting memories and I wouldn’t trade them for anything.

*the memory that is crystal clear in my head about this is being at my Aunt Florence and Uncle Joe’s house, singing around a big table.

** there was also the time I had to use an electronic tuner to tune a guitar for a band called Eckey Thump, which a few of my friends were in. When I gave the guitar back to Britt, the lead singer, it was completely in tune – with itself, but with nothing else on the planet. That’s how bad I am at this. Side note, this is my favorite song of theirs.

*** to note, no one in the family can sing so it’s a good thing none of us can hear how bad the rest of us sound – when I was dating Ronnie, who could sing, and we all gathered for a birthday, she would admonish us to pick a melody, any melody, but do it all together. We nodded sagely and kept on cracking glass with our voices.