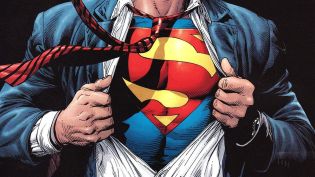 Over at Kotaku.com, they have a great piece about the changing emblem on Superman’s chest. As they point out, “the big costume changes over the decades tend to stick out—the mullet and all-black bodysuit after he died and came back—but the smaller changes that happen over time tend to be more fascinating. Now you can see them all in one place.” 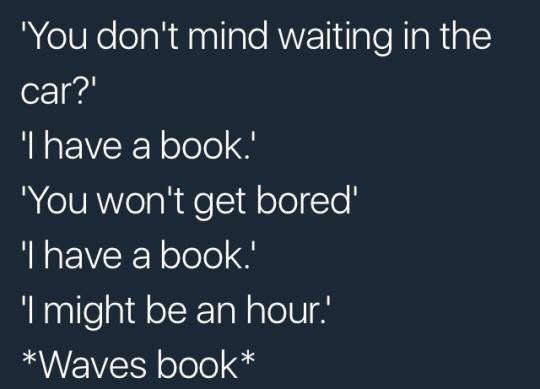 On Speaking English as a Second Language

A friend on Facebook posted this picture, which then sparked a discussion about speaking English when it isn’t your native language.

So here’s the thing: It’s hard. What this illustration points out is incredibly true. When I moved to Lithuania, I had no idea how to speak the language. Eventually, a few years after I arrived, I had the opportunity to take a basic, entry-level class.

Being a teacher myself, I would talk with my teacher who told me, after that fact, that when she saw she had an American coming in to her class, she was a little nervous. “I hate teaching Americans – any native English speakers, really.”

Now, mind you, the class itself was taught in English as that was the common lingua franca amongst the students, so the idea of speaking English wasn’t the problem.  END_OF_DOCUMENT_TOKEN_TO_BE_REPLACED 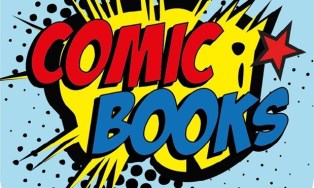 It’s no secret I’m a comic book fan. Particularly superheroes and particularly Marvel. But that said, I love them all.

I love reading them and now, in professional life, I love teaching and writing about them. So when I find some cool things, I’m going to post them. END_OF_DOCUMENT_TOKEN_TO_BE_REPLACED

Photo by Anugrah Lohiya on Pexels.com

I’ll kill the suspense now and tell you we made the flight.

Of course, while we were in the middle of things, that outcome was never assured. And in fact, at points, it seemed like it was highly doubtful. END_OF_DOCUMENT_TOKEN_TO_BE_REPLACED 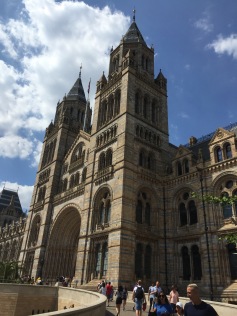 Sunday was our last day in town and we had decided to try for the Natural History Museum. It fit our requirement of being free and had the added benefit of being one of my favorite places (plus, I’m working on a story set there, so, yay, research!). But first…breakfast and then a walk to the park.

Back at Valentines Park the day before, we had seen a small play area for kids but didn’t get a chance to stop by, so we figured we could do that this morning. Monki loved it. She only recently discovered the joy of slides and swings back at home, and was getting pretty good at climbing the stairs and waiting her turn, so this seemed tailor made for her. END_OF_DOCUMENT_TOKEN_TO_BE_REPLACED 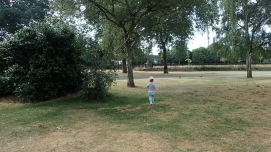 So…Remember those clothes we took to the cleaner back on Wednesday when Monki got sick in the car? It wasn’t just a wash and fold, it was actually a dry-cleaner and they said they could get them back for us Friday night or Saturday morning. Since way back then we didn’t know what was going to be happening, I opted for the Saturday morning option. Now, here we were on Saturday morning, up and ready to go out for the day, except we had to wait until at least 9am so we could make sure to get our clothes. END_OF_DOCUMENT_TOKEN_TO_BE_REPLACED 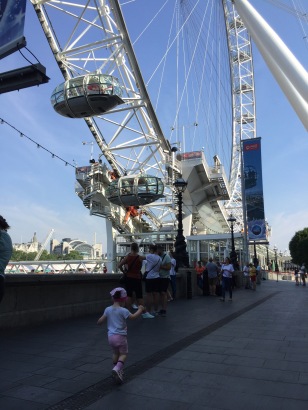 New day, new adventure. Once again, a jet-lagged baby was up early so we had breakfast and headed out to figure out how to get into the city. We found the Ilford station and a very nice and helpful station agent explained the advantage of Oyster Cards to us as a cost saving measure and with the help of Citymapper, an app Lin had recommended, we quickly and easily made our way to Westminster Underground station. The great thing about this app is it it not only tells you what time and platform your train/bus/subway is on, but also which exit to take in order to leave the station as efficiently as possible as well as GPS enable walking routes to get you to and from the stations themselves. Truly a great app for London (and I understand they have it for other cities as well). END_OF_DOCUMENT_TOKEN_TO_BE_REPLACED 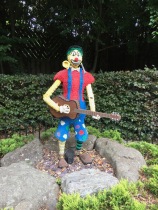 Legoland is located over near Windsor Castle, where the recent royal wedding had been held, and about 50 miles from us. Thankfully, due to jet lag, Monki was up early, which meant we were as well, and after a brief English breakfast at the hotel, we were off on the day’s adventure. END_OF_DOCUMENT_TOKEN_TO_BE_REPLACED 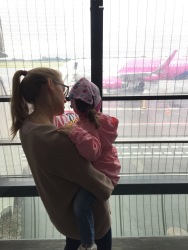 This was the trip which almost didn’t happen.

We booked it a few weeks back, thinking it would be a nice getaway before Monki and I had our birthdays. The financial logic here was that before her second birthday, Monki flies for the infant rate of very little, as opposed to after her second birthday, in which case her fare rises dramatically. And that happens if her birthday falls within the travel period, so our hands were a bit tied as to timing. END_OF_DOCUMENT_TOKEN_TO_BE_REPLACED 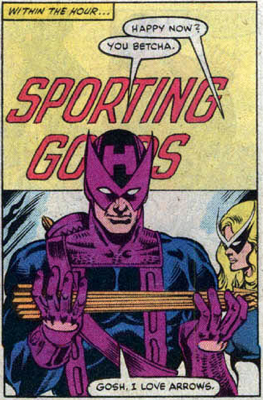 This image is from issue #3 of Mark Gruenwald’s 1983 4 issue miniseries about Hawkeye.

For a long time, the phrase at the bottom of the frame, “Gosh, I love arrows,” has been a shorthand for me, for the lopsided pleasure that something small can bring.

In this story arc (and I highly recommend reading it), Clint Barton has a really bad day. The kind of day they write country songs about. And he doesn’t know how to carry on doing what he’s supposed to do. But then he gets some help and the clouds part a little bit. There’s a tiny ray of sunlight and he clings to it, fighting for every bit of space between the clouds until he’s standing in the noon sun again.

I think sometimes I just need this reminder. That no matter how bad the world is, no matter the set-backs personally or professionally, no matter the often encroaching darkness, that there are some good and happy moments. Small things that can bring a smile and let you know it’s okay to continue to fight.