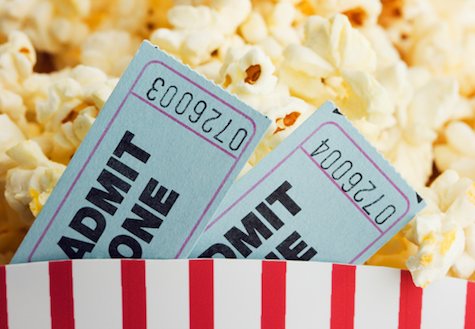 Again, we’re faced with a “what are your favorite X?” type question. This time around it’s movies instead of books, but the storytelling aspect still holds tight. And again, I’m left trying to decide to answer with a straight-up list or to approach it as some sort of esoteric exploration of life and art.

Odds are, when the answer finally emerges, it’ll be a combination of both.

To begin with, as I love movies, even if I wanted to just give a list of the top ten, that would be nigh on impossible. I’m sure to forget some or place some higher because they happen to be prevalent in my conscience right now for some reason. I’ve even spent a fair bit of time as a film critic, where I hated things other folks loved (and which won big awards) and greatly enjoyed things which fell flat with most audiences. So how do I even begin to talk about any of this?

I suppose we go back to the beginning.

I came of age in the era of the VCR. We got our first home video player sometime in the late 70s (dad was always an early adopter of technology) which immediately led to a collection of cassettes with films on them. Being as this was before the days of Blockbuster or whatever other video store you may have frequented (and well before the idea of what Netflix has become could ever have been thought up) our videos were either bootlegs or recorded off broadcast television (remember that?).

So yeah, I was around for the beginning of the concept that you didn’t have to watch what was on when it was on and you could revisit whatever you liked whenever you liked. This was life-changing. It didn’t mean that you stopped going to the theatre. No. Aside from the actual experience of seeing a movie on the big screen, which I still prize above any other way of viewing a film, it was hard to get those first-run films on video in any type of quality. And beyond first run, the older films were pretty much impossible.

Being in Vegas, I was lucky in that we had the MGM theatre, a venue which pioneered the “living room” approach of couches and table service and where they showed, exclusively, MGM films from the golden age of cinema. But in general, if I wanted to see a film from the before times, it meant I had to wait until it showed up on late-night TV so I could record it. So really, what the VCR meant for me and my love of cinema was, in no uncertain terms, West Side Story.

I was already familiar with the music, having worn out the grooves on the original Broadway cast record (remember

records?), so after I saw the film, I was hooked. I have no idea where or when we ended up with it on a VHS tape, but when we did, I must have watched that movie dozens of times until I had it memorized (this was also the time in my life when I thought that there was any sort of possibility that I could be a musical theatre star – i.e., the “young and delusional phase).

This film, though, hit at the right time in my development because not only did I love the music and performances and what have you, but I began to make associations. I started to notice actors and directors and then seek out other projects they had done. Knowing Robert Wise had directed West Side Story led me to watch The Day the Earth Stood Still. Since I was already a science fiction fan this film was right in my wheelhouse. I also learned that West Side Story was based on Romeo and Juliet which led to a reading of that play and then other Shakespeare works.

So basically, it all became relational for me. Like that old hair care commercial, one film would lead to two others, which would lead to more and more.

As I got older, I ended up working in a movie theatre and becoming a media reviewer for the university newspaper (in addition to films, I also reviewed books and TV shows). And I watched as many films as I could. Thing is, the more you’re exposed to, the more you experience, the more discerning you get. And so as I learned more about movies and eventually began working on them and writing books about making them, my own tastes changed and grew.

So as we come back to the initial question of what are my favorite movies, the answer is still “I don’t really know.” What I do know is that I judge films on their own merit. That is to say, I understand the difference between Citizen Kane and Chopping Mall and can appreciate each on their own merits. When it comes to my personal tastes, I prefer story over style (which is why I will continue to say Tim Burton is a great designer but a horrible storyteller*) and will always factor in what (I believe) the filmmakers were trying to accomplish before passing judgment. This is why I can hate a film like There Will be Blood or pretty much anything by Wes Anderson and at the same time, greatly enjoy something like Begin Again or August Rush.**

With all that in mind, if you still want to know what my favorite films are, here’s a list of 20 I like, in alphabetical order. These aren’t the best films ever made, mind you, they just happen to be the ones I return to time and again.

Feel free to argue, because I can guarantee that whether you agree or disagree with me, you’ll be absolutely right depending on when you ask me. Even now, as I’m finishing writing this response, I’m realizing I left some movies off and would probably swap out one or two from the list above…

*Big Fish and Ed Wood aside.

**And this doesn’t even get into the guilty pleasures of underwater monster movies with giant squids!

2 thoughts on “What are your favorite movies?”