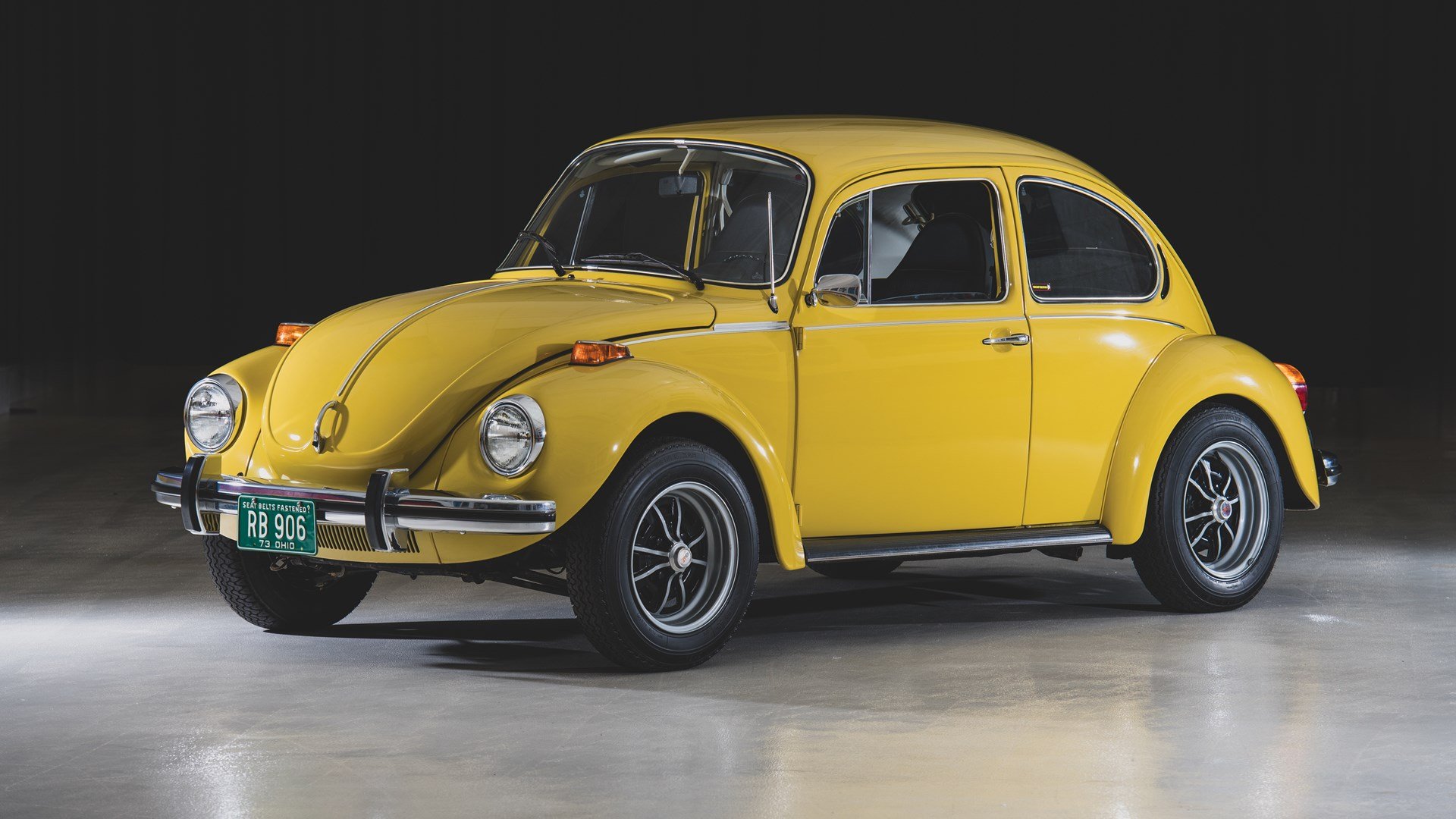 We’ve got ourselves another deceptively simple question here. As a journalist, I have a fundamental problem with these closed questions. Queries about “favorite something” or “tell me about your” prompts are great for sparking a lengthy answer or discussion, something which can get to the heart of something bigger, perhaps, but “Did you have a car in high school?” A simple yes or no, followed by what kind (if the answer was affirmative) or maybe what you desired (if the answer was negative) and you’re done.

But if you’ve been with me for a while here, you know I don’t like to do that, even if the question doesn’t seem to lend itself to deep introspection. I even asked Rasa last night “how do I turn this into a 500-600 word essay?” She gave me some ideas, offered some suggestions, and in the end just said, “you’ll do it.” Such faith she has in me!

So, did I have a car in high school? Yup. I had an orange 1973 Super Beetle (with an automatic clutch no less). This was the car I had learned to drive on, which made for some interesting times. See, back in the day (early 80s), in Vegas, a teenager could get a learner’s permit at 15½ (and you thought that ½ wasn’t important after the age of 5 or 6!), which I did. I’d gone through the requisite driver’s ed at school, watching such glorious films as Blood on the Pavement* or Red Asphalt, and come my half birthday in January of 1983, I was ready to ace that written test.

Six months later, on my 16th birthday, I proudly drove, with my dad riding shotgun (pretty sure it was my dad who went with me to take my license test, although if I’m wrong, I’m sure I’ll hear about it), to the DMV to take my driving test. I passed on the first try.

To be fair, I’d been spending time behind the wheel of the various vehicles we owned since I was 13 or so. It was always a joy to go out on a Saturday or Sunday to the desert roads out behind our house and be allowed to take the wheel. Once I got the permit and was allowed on actual roads as long as a licensed driver was in the car beside me, things got really fun. Not only did we have the VW (which started life, officially, as “Saturn Yellow”) but dad had an automatic van and mom ended up getting another car for her, and while I don’t remember the make or model (Toyota maybe?) I do know it was a manual transmission. What this meant was that we had three cars with three different transmissions. It wasn’t unusual to go from my car, which had a 3-speed gear shift but no clutch, to a regular 4-speed to a press and go automatic. A few years later, when dad got himself a ’57 Chevy, that had “three on the tree” a three-speed transmission with the gear shift on the steering column.

Confusion reigned, let me tell you. There were a number of times when driving the van my left foot would reach for the clutch, only to find the break and have the car unintentionally slam to a halt. Or finding myself in 3rd in the VW and trying to move up to a non-existent 4th for more power on the hills.

Anyway, back on my birthday in ’83, with my license proudly in my hands, I drove home and dropped dad off, ready to go out, grab AAron (who’d gotten his license a few months earlier) and experience my new found freedom. Unfortunately, that’s when mom hit me up with the “idea” of taking her friend Lorraine’s son, Steven, out with us. To say this was not something I wanted to do would be a huge understatement, but there you have it. The bane of all 16-year-olds is having to chauffer around the younger kids. Of course, the ultimate moment came when, a little later in the afternoon, I was able to let my mom know “there had been an accident.” And after she calmed down enough for me to explain, I let her know that the boy we had been enlisted to ferry around had gotten sick and vomited in the back of the car. Lucky us.

So yeah, I had a car in high school. At least my junior and senior years. And it was great. Not only did it provide the freedom obviously associated with not being tied down to a bus schedule (which, let’s face it, was pretty much non-existent in Vegas at the time) but also allowed me to move between jobs quickly and easily and opened up a whole new world of dating previously limited to “Mom, can you drive us to the movie theatre?”

*which, I discovered as I was looking for links, was actually called Death on the Highway. Who knew?