It’s an old joke, to be sure, but it’s kinda true, especially for me. I know very little about art, especially intrinsically. What I mean is that everything I do know, I’ve had to seek out and learn on my own. I have no built-in sense of the technicalities of art beyond the most basics. I think this is partially true because I have no artistic abilities, pretty much at all. When I was directing my short film some 25 years ago, I tried my hand at doing storyboards and they ended up looking like anemic stick figures. Even longer ago than that, I tried to teach myself special effects make-up* (thanks to Tom Savini’s seminal books) and was so excited when the sculpture that took me days to finish looked vaguely like a cat person (which, to be clear, was actually my goal).

The thing is, though, like music, I’ve always enjoyed art, even if I couldn’t appreciate it with the degree of knowledge or skill as someone trained or with an innate ability**. I’ve always collected art, original where possible, often by friends, to hang on my walls. Even today, right now, from where I sit typing this, my walls are covered with framed pieces ranging from original paintings to signed reproductions to comic book covers to faux travel posters for faraway places or promotional pieces for Disneyland rides. My tastes, again like music, seem rather eclectic to be sure. So this week’s question, Who are Your Favorite Artists? leads to an interesting bit of searching.

One of the great things about living in Europe is that I have access to some of the greatest museums in the Western world at the end of relatively short, inexpensive flights, and I’ve made use of that over the time I’ve been here, but I still didn’t quite “get” what I was seeing beyond the fact that I liked it, that it touched me in some way.

But when it comes down to it, who are my favorites? That’s a much harder question. When I was young, I was fascinated by M. C. Escher My folks had a piece of his, “Belvedere,” screened onto a piece of glass and framed in a type of shadowbox which captivated my imagination. He was the first artist I remember actively being aware of and whose work I would seek out. For me, the spatial tricks he played were a gateway into surrealism and a precursor to the works of Salvador Dali. And Dali led to Magritte.

This has been my theory for years, that these three artists work in this order as a way of growing sophistication. Escher is a graphic designer, playing with shape and form and is easily accessible to all. It seems that Escher first gets discovered by kids in jr. high school as a form of being cool and knowing about art. It’s a graduation of sorts, a step up from Sue Dawe (who, don’t get me wrong, will still be on your folders and notebooks, alongside licensed images from comic books and Disney films).

Once you get a bit older, though, end of high school say, or maybe freshman or sophomore year in college, you advance into Dali, who is not accessible at all, without an outside education. Liking Dali is a way to show you’re cool and hip. Again, not to take anything away from Dali. I’m still a fan and have even visited his museum/gravesite in Figueres, Spain. But I also hold that an appreciation of Dali is like an appreciation of David Lynch – you like it because you do, not because you understand. Any deeper meaning you find is singular, rather than universal.

And liking Dali comes at a point in most of our lives where we’re trying to figure ourselves out. When we’re at that 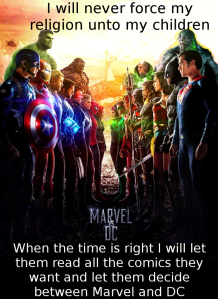 age where we see the world in blacks and whites because we use it to define ourselves. It’s that point where you set up dichotomies for yourself – Beatles or Stones, Marvel or DC – so you can begin to understand who you are.

Of course, once you get past that, once you get to the idea that you don’t have to know everything and that you can like Marvel and DC, that’s when the appreciation of Magritte comes in. His surrealism is more accessible and at the same time, seems to have a deeper resonance.

But hey, that’s just my thoughts on the subject. As for me, I like them all. And as I’ve grown and matured, I’ve been able to see more and more. As I said, I’ve been to the Dali Theatre and Museum. I’ve also been to the Magritte Museum in Brussels (still need to get to the Escher Museum, maybe once this pandemic ends? Or maybe not?). But I’ve also expanded my horizons.

With Rasa, I was able to go to Florence, Italy, and spend some time at the Uffizi where I saw, I mean really saw, The Birth of Venus for the first time. It’s massive and amazing. And stirred in me a fascination for Botticelli. which led me to visit London for a day back in 2016 just to see the Botticelli exhibit at the V&A. That same trip showed me the original sculpture of David by Michelangelo and The Last Supper by DaVinci, both of which are simply stunning.

At the same time, I’m learning to appreciate comic book artists more and have no problem invoking Kirby and Klimt in the same sentence.

So, really, I can’t tell you who all my favorites are, but I know them when I see them.

*I got a plaster bust to use as a base from my friend Craig, mentioned here.

** Just recently, I found a YouTube channel, which purports to give you “Great Art Explained in Fifteen Minutes,” in hopes of learning more. I’ve watched a couple of episodes and found them fascinating!