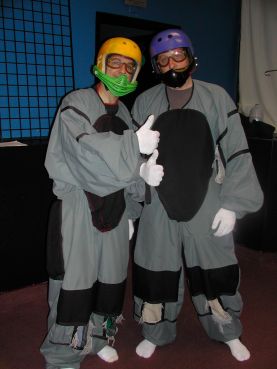 So about 41 year ago, I was being bussed back and forth to sixth grade. This was some genius plan to move kids around and for a year, we all left our neighborhoods and went to “sixth grade centers.” I started late, because the first part of that school year, I was sent to a private Jewish school run out of the temple we attended. Not sure why I was yanked away from friends I had been going to school with for the previous two years (might have had something to do with the whole bussing situation) but it happened. And I hated it.

Didn’t help much that there was a pretty high profile kidnapping from the school grounds while I was there, or that I really didn’t know anyone (sure, I was pretty good at making friends, I’d moved around a bit before this) but it just wasn’t my cup of tea (or thimble of Manischewitz wine).

Anyway, for whatever reason, I changed schools and started riding the bus. I was once again with kids I’d known, which was cool, but honestly, that was a hard winter for me. While I don’t remember much of the details, I do remember not being very happy with a lot of it. Yeah, Jimmy Kimmel and I figured out how to get away with reading comic books all day for our AT class (it was research for creating our own weird superheroes as part of a project) and I performed as a Munchkin in the Rainbow company’s Wizard of Oz but it still wasn’t great actually being at school.

I’d spend my time on the bus reading those comic books and other science fiction novels and making up stories in my head. And then I met this kid. He was a scrawny kid like me, also reading science fiction and comic books and we started taking. We’d ride the bus together to and from school, sharing whatever new thing we’d discovered and whatever we thought was cool.

Then, on Friday March 2, we decided to exchange numbers. Why do I remember the exact date? Because that night his mom called my mom and explained his birthday was the following Sunday and he was having a skating party and would I like to come?

My mom checked with me, I of course said of course, and that Sunday I helped him celebrate turning 12. The following July he did the same for me and we’ve been there for each other ever since.

Happy Birthday AAron Buchanan, my brother. My life is better for you having been a huge part of it. It was back in sixth grade it is still, to this day. Wish I was there to go skating with you. Maybe next year. 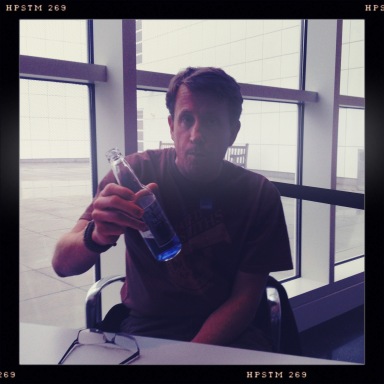